Observing the current record-setting heat waves, droughts, floods and forest fires afflicting every corner of the planet gives proof to these warnings. Unfortunately, the warnings underestimated how quickly climate effects would arrive, and how severe they would be.

The costs of climate disasters go beyond the billions in property destruction and loss of lives. Climate-influenced crop failures across the globe have threatened multitudes with starvation, created millions of food refugees, and increased food prices for us all.

Climate disasters in Europe have also shut down nuclear power plants and rendered the Rhine River too shallow to support its normal huge load of shipping.  So why would Germany look to increase the production of the very fossil fuels responsible for climate change?

In fact, they are not. Germany is well into a transition to a clean economy, with a large and growing renewable energy sector. In response to their current gas shortage, they plan to double down on renewables, and exit from natural gas as soon as possible. 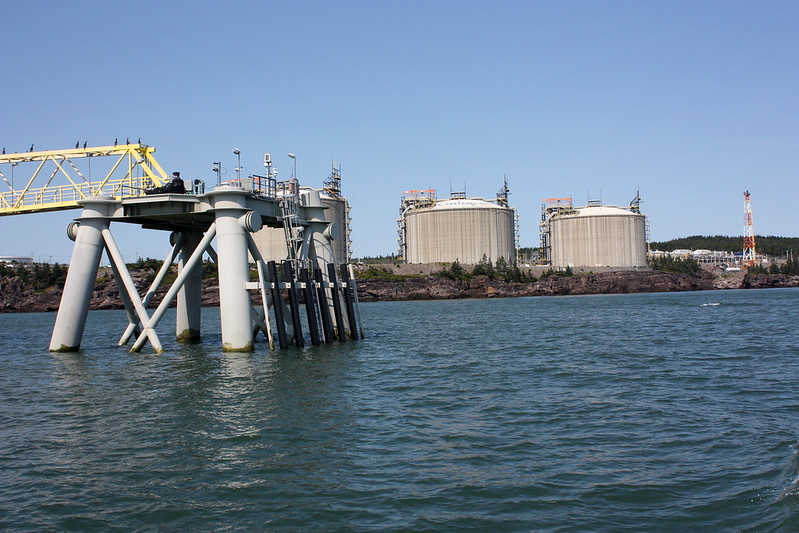 Germany needs LNG only for short-range relief. Yet, it will likely take five years to even begin sending LNG from a new Atlantic terminal – probably longer in light of necessary Impact Assessments and probable legal challenges.

This timing mismatch also highlights the extreme risk associated with any potential benefit for New Brunswick.  Converting the Repsol facility to exports will require between $2 billion and of $4 billion (according to a 2014 Natural Resources briefing note), plus considerably more for pipeline additions, and may require billions more for expensive carbon capture technology that either doesn’t exist or works poorly (and undoubtedly requiring taxpayer subsidies).

Add many more billions if the intent is to later convert the facility to handle hydrogen, another expensive, high-risk conversion for which there is little actual experience. Hydrogen itself currently has only a few technically and economically proven uses.

To recoup such vast investment, these projects require guaranteed purchases by LNG buyers for at least 20 years, as made clear by Repsol’s CEO. It is doubtful that a Germany looking to rapidly leave gas behind will make that commitment.

If by some miracle commitments are made, then the climate costs to Canada, New Brunswick and the earth increase, as fossil fuels are locked in for another generation.

Canada is the only advanced nation that has never met a single emissions target, and New Brunswick is a leading per capita producer of greenhouse gases (GHGs). LNG export terminals produce great amounts of GHGs.  Adding a terminal here will ensure that neither Canada nor New Brunswick meet our climate targets.

Simultaneously, we will risk having a multi-billion dollar white elephant in Saint John, as we gamble in the incredibly volatile gas market.

For the last decade, shale gas created gas prices so low that investors lost billions.  Only in the current crisis has the price risen to profit-making levels. It’s now so high that it is causing financial crises and providing more incentive to abandon gas.

Shall we bet that the current scene will last the next 30 years? Repsol is stuck with the unused LNG import terminal that it now has, because it made a wrong bet on where gas was heading 20 years ago.

What makes climate and economic sense for New Brunswick is to invest in and promote the cheapest electricity in the history of the world—solar and wind, whose fuel costs will never go up—accompanied by affordable energy storage, conservation and retrofits of infrastructure.

This move to electrification of our society is inevitable, as the world is starting to seriously react to a fast-changing climate. We can, and should, be a leader in that move.

The cost/benefit comparisons are no-brainers. Any temporary jobs created during construction of an LNG terminal could easily be surpassed in a transition to a renewable/electrified economy.

LNG tax and royalty money for government coffers only lasts while markets are good, whereas cheap electricity rates for citizens will continue with renewable energy, and residents of Saint John will not have to cope with the huge dose of air pollution that LNG exports will also bring.

A clean economy in New Brunswick benefits Germany, the world, and us by reducing GHG emissions, which our Supreme Court acknowledges cause the same global harm, regardless of where they are created.  Let’s not add to the harm.