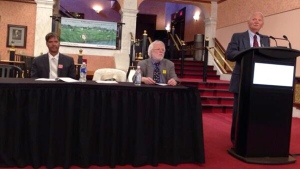 On 23 June, 2014, the New Brunswick Anti-Shale Gas Alliance filed a Statement of Claim against the Province of New Brunswick in hopes of halting further unconventional oil and gas development in the province. This is a precedent-setting climate change legal challenge against the petroleum industry in Canada and seeks to apply the government’s duty to conduct free, prior and informed consent to all citizens, not just indigenous people, as an obligation under the Charter’s guarantee of security of the person – arguing that the right to clean air and water are part of that security.

“We’re taking this action to protect the health and well-being of New Brunswickers, both now and in the future,” said NBASGA chairman Roy Ries.

“The Canadian Charter of Rights and Freedoms guarantees the right to life and security of the person and neither governments nor corporations are allowed to violate those guarantees by ignoring threats to them for any purpose. This is why we are going to the courts.”

Environmental rights lawyer, Larry Kowalchuk, in conversation with Silver Donald Cameron in an excerpt from the full-length interview. https://www.thegreeninterview.com/interviews/larry-kowalchuk

Three days following the filing of NBASGA’s ‘Science Suit‘, another group of 18 citizens, led by activist Willi Nolan, filed the ‘Peoples Suit’ against the Government of Canada, the Province of New Brunswick and SWN Resources Canada, a shale gas company operating here. 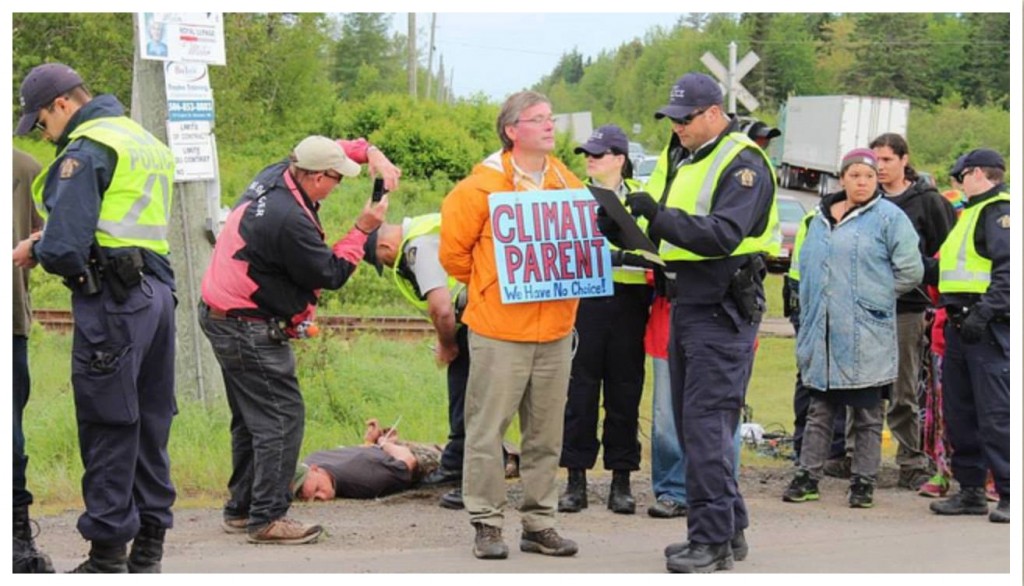 During the summers of 2011 and 2013, desperate people in the small province of New Brunswick, Canada stood face-to-face with massive seismic thumper trucks owned by a billion dollar American company conducting exploration for shale gas.  They committed to do what was necessary to protect their land, air and water.  Before winter 2013 set in, almost 100 people had been arrested during protests and road blockades.

The people of New Brunswick were not consulted nor did we give permission to the NB Government to allow leasing of 2.5 million acres of private and crown land in the most popular tourism regions of the province – for the exploration and development of an unconventional shale oil and gas industry.

More than 70 New Brunswick municipalities, 12 associations and 30 community groups have called for a ban or moratorium on the exploration for and unconventional extraction of fossil fuels (also called high-volume slick-water hydraulic fracturing, or ‘fracking’ for short).

And yet, the government turns a deaf ear and forges ahead.

Now, the people of New Brunswick are taking their government to court.

The Supreme Court of Canada has ruled that to achieve sustainable development, policies must be based on the precautionary principle:

“Where there are threats of serious or irreversible damage, lack of full scientific certainty should not be used as reason for postponing measures to prevent environmental degradation.” (Spray-Tech vs Hudson, Quebec)

Concerned citizens believe that unconventional hydraulic fracturing operations will irreparably damage their environment now and contribute to climate change for future generations. Their concerns are corroborated by independent, non-industry-funded scientific studies in other jurisdictions.

Be Part of the Action 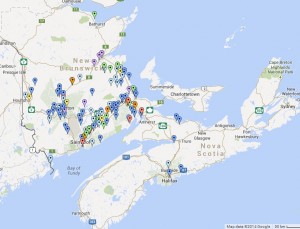 The New Brunswick Anti-Shale Gas Alliance (NBASGA), needs your financial support to seek justice for the people and bring the science before the court system.

If you agree with us that the extraction of fossil fuels carries the danger of irreparable harm to health and environment, and that access to clean air and water is a basic human right, please consider supporting us.

Join Others who Care!

Through bake sales, yard sales, art sales, t-shirt sales, concerts, bottle drives, public donations, and many hours of volunteer labour, we have reached our initial fundraising goal of $100,000 to initiate the legal action. Please contact us to find out how you can donate.

We have a vision of sustainable prosperity and health, where one does not suffer in pursuit of the other. We believe we can become a self-sufficient leader in clean energy initiatives that benefit all New Brunswickers and can create viable jobs without contributing to diminished health, grave environmental degradation and climate change.