Climate change is now widely recognized as a planetary emergency that is having both health impacts and economic costs caused by extreme weather events. These events, linked to global warming, now include prolonged droughts, increased forest fires, massive rainfalls, floods, polar ice melting, sea level rise, and severe storms around the world. This is an emergency that if not checked, is on track to severely impact human health and economic life. The effects of this emergency are already being felt in New Brunswick.

Climatologists and the vast majority of unbiased climate scientists, led by the Intergovernmental Panel on Climate Change (IPCC), have essentially proven that the mining and burning of fossil fuels has produced a sharp spike in global warming over the past 200 years. They have made it amply clear that if fossil fuel use remains at current levels, within a dozen years it will almost certainly be too late for humans to limit global warming, and the climate emergency will become uncontrollable.

Climate change resulting from human produced global warming is by far the most serious threat facing the future of humanity with the global temperature on track to reach 4 to 5 degrees above pre-industrial levels by the end of the century.

It is no surprise that a growing number of municipalities are declaring climate emergencies, while the World Health Organization has called the climate crisis the greatest threat to public health.

This situation is very hard to accept or ignore. It means that fossil fuel extraction and use must now be sharply curtailed if the human species is to have any possibility of passing a livable environment on to the next generation and to the generations to come.

But in the face of these warnings and this evidence of the climate emergency, leading news stories and editorials in these newspapers (Brunswick News) continue to advocate for growing the economy with oil and gas extraction and with pipelines to bring these carbon producing fuels to market. The Conservative premiers of New Brunswick and Alberta continue to talk about “responsible resource development” for bitumen oil and shale gas.

How can this be “responsible” when long-term damage to public health and to economic life will be the result of continuing to burn fossil fuels? Resource development that increases global warming and makes the climate emergency worse is not responsible. It is negligent. It is even negligent about the well-being of the economy.

It is not responsible to insist that we must burn fossil fuels in order to have a healthy economy when the climate emergency created by burning fossil fuels is increasingly damaging the economy. Even major business corporations are now recognizing the reality of this situation, including some energy companies. 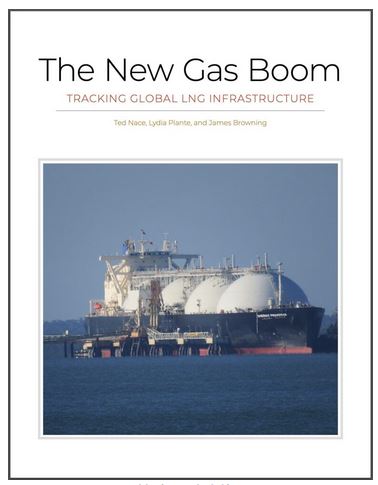 Moreover, new research from Global Energy Monitor, an organization that tracks fossil fuel development, questions the long-term viability of even the natural gas industry. It cautions that many natural gas developments could become “stranded assets”. Investment in fossil fuels, which are creating the climate emergency, will become less and less attractive. Investment in clean energy alternatives will become increasingly attractive as costs continue to decrease and benefits continue to increase.

New Brunswick, Canada, and the entire world must now pull out all the stops to substantially lower greenhouse gas emissions while making the switch to a low carbon economy with clean, renewable energy. The comparison has often been made that we need to mobilize for this climate emergency with the same speed and determination that was mobilized for World War II.

Only a total team effort by all levels of government, business, industry, and every citizen in all parts of the world can we make the changes necessary to reverse the climate emergency and avert a public health and an economic disaster.

The future looks grim unless all government subsidies to the fossil fuel industries end and are redirected to substantially reduce greenhouse gas emissions and rapidly advance the conversion to a clean energy economy. The sooner actions of this sort are taken, the lower will be the climate emergency costs and the better the outcome for the health of New Brunswickers and the economy of the province.

For an eye-opening report that puts New Brunswick in the centre of this issue, see Healthy Climate, Healthy New Brunswickers by Dr. Louise Comeau and Daniel Nunes. 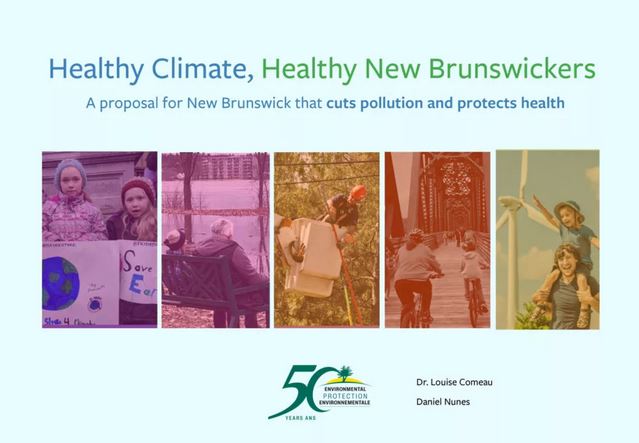 This comprehensive report summarizes existing research that explains how climate change can affect physical and mental health in New Brunswick. It includes temperature and precipitation projections for 16 NB municipalities. It reviews the health profiles of these same communities and makes recommendations for the next thirty years. This important report can be downloaded from the Conservation Council of New Brunswick (CCNB) website.

Sam Arnold is a member of the Sustainable Energy Group in Carleton County.