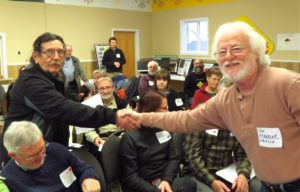 The New Brunswick Anti-Shale Gas Alliance is proud to support the lawsuit filed by Elsipogtog First Nation, on behalf of the Mi’kmaq Nation, to claim Aboriginal title to the Mi’kma’ki district of Sikniktuk in New Brunswick.

Our support is grounded in many things. In recent history we have been allies against a common enemy that threatened all of us with the contamination of our water, air and land. Many of our members, both Anglophone and Francophone from around the province, stood with the people of Elsipogtog as they peacefully defended their land. Some were arrested alongside them and still others sent money and supplies to support the cause. 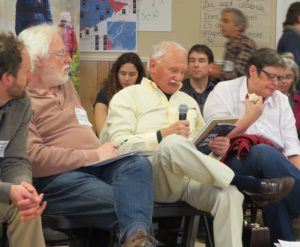 We have also stood shoulder to shoulder with our other indigenous allies, the Wolastoqewiyik, in the peaceful defense of mother earth, understanding that such actions are often necessary to protect that which sustains life when it is threatened.

We also support this suit because we are joined with First Nations by history, including the mutual signing of treaties in centuries past. While we cannot undo the hardships that befell First Nations in the years since those treaties were signed, we can say—along with the Supreme Court of Canada—that the passage of time does not diminish the rule of law.  Treaties signed remain treaties to be respected and enforced.

Canada’s governments and citizens alike are thus obligated both legally and morally to acknowledge the terms of those treaties which, beyond dispute, entitle the First Nations the right to protect the water, air and land necessary to support their way of life.

By doing so we also acknowledge that we are helping New Brunswick, and the world, rediscover the values that are necessary for our continued existence.