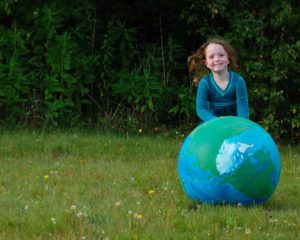 I began my question by noting that all of the other Maritime Provinces, states like New York, and many European nations had passed moratoriums after conducting in-depth expert examinations. Additionally, over a thousand scientific studies and investigations have now validated fracking’s threats of water contamination, air pollution, earthquakes, and especially threats to public health, including serious harm to infants and children.

I asked if he had evidence to contradict these scientific studies, and by what process would he publicly explain why we should lift our moratorium and accept serious risks?

Echoing stale talking points from eight years ago, he first responded by saying that, ‘for every study saying fracking is bad, there is another study that says the opposite’.

That statement is simply, and provably, false.

Ask yourself, if there were a thousand studies saying fracking posed no threat to public health, the environment or clean water, wouldn’t we have heard about them by now, with heavy promotion from the gas industry?

Higgs then predictably moved to the classic misleading statement that there are many places that have been fracking ‘safely and responsibly’ for 50 years.

Anyone familiar with this topic knows that what we now call fracking is only roughly 15 years old. In just the last few years there has been a drastic increase in the amounts of water, sand, toxic chemicals and wastewater it involves.

As for fracking ‘safely and responsibly,’ what do those words mean when applied to those jurisdictions that unquestioningly welcomed fracking?

These few examples illustrate that neither the government nor the industry has operated in a safe or responsible manner, even in these ‘best regulated’ jurisdictions.

As to the process for lifting the moratorium, Mr. Higgs offered to ‘talk’ to municipalities that want shale gas. Higgs’ earlier opening remarks reflected his concern that the recent flood damage was becoming the ‘new normal’.

Using this reference to climate change, we noted that New Brunswick and the world have experienced increasing numbers of very costly natural disasters for which climate change is at least partially responsible. Natural gas, once considered a way to transition from other fossil fuels, is now known as one of the largest and fastest growing sources of greenhouse gases, due to methane leaking from gas infrastructure. Many analyses consider it worse than coal. 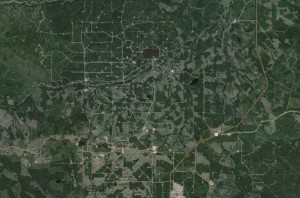 ‘How then’, we asked, ‘does opening a new shale gas industry fit into plans to fight climate change’?

After spending a great deal of time discussing the unrelated issue of carbon taxes, Mr. Higgs said there is a risk in everything, and that we have to strike a balance.

Like editorial writers who worry about climate change damage, but then call for fossil fuel projects, Higgs must believe we can bargain with the laws of physics to allow us to burn more fossil fuels, yet somehow not contribute to climate change.

Alas, we still don’t know whether the PC’s actually have any cogent energy or climate policies, or even good reasons for lifting the fracking moratorium. They seem unaware of scientific risk analyses. That’s a problem for a party running on a platform of ‘responsible leadership.’  Responsible leaders should not be so out of touch with the great issues of our time.