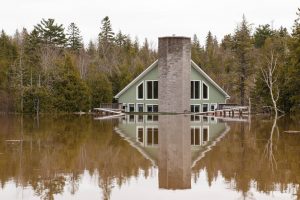 In November 2018, the Intergovernmental Panel on Climate Change released a special report issuing a challenge for all humanity. Unless fossil fuel use is reduced 50 percent by 2030 and 100 per cent by mid-century, climate chaos could destroy the underpinnings of civilization, including agriculture and the food system, coastal communities, ocean productivity, and the global economy.

This urgent challenge confronts all people, regardless of their beliefs or political affiliation.

Climate experts warn for Earth to remain habitable for humans the global temperature must not exceed 1.5 degrees Celsius (2.7 degrees Fahrenheit) above pre-industrial levels. But the planet is still on track to reach between 2 to 4-plus degrees Celsius (3.6 to 7 degrees Fahrenheit) by the end of the century, which would be a catastrophe for humanity 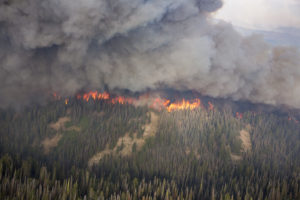 The growing numbers of emergency events linked to global warming include huge forest fires and the thawing of Arctic permafrost both of which release vast quantities of CO2, the melting of glaciers and polar ice leading to sea level rise and loss of drinking water, invasive species impacting the local environment, massive rainfalls and increased floods, prolonged droughts, ocean acidification and more frequent severe storms around the world. This emergency, if not effectively addressed now, will severely impact human well-being and economic life.

Climatologists and climate scientists have been issuing increasingly stern warnings, yet the majority of politicians continue to pretend things are under control. They continue to advocate for business as usual with “responsible resource development” and a “balanced approach” to combating climate change so they can continue to profit.

With a federal election coming on October 21st, Canadians have an ideal opportunity to make the climate emergency an issue that can no longer be disregarded. Likewise, Americans will have the same opportunity November 3rd, 2020.

Mark Carney, the Bank of England Governor, warns that businesses that fail to adapt to climate change will go bust. “Companies that don’t adapt – including companies in the financial system – will go bankrupt without question…What the capitalist system needs to do is to manage the risks around climate change and be ready for the different speeds of the adjustment.”

What’s required is the rapid decarbonization of the world’s economy. New Brunswick, Canada, and the entire world MUST mobilize quickly to substantially lower greenhouse gas emissions by switching to the low carbon economy with clean, renewable energy. This will create far more new and lasting jobs than the fading fossil fuel economy can provide.

At stake is the future for the coming generations and perhaps the very existence of the human civilization on planet Earth.

We must act upon the climate emergency with the same determination and speed that was mobilized for World War II. What will you do now to help preserve a livable planet for future generations?

Present and future generations will thank you for your help!

The Sustainable Energy Group of Carleton County, NB is a member of the New Brunswick Anti-Shale Gas Alliance.