At its 2019 national Annual Members’ Meeting on Saturday June 22nd, the Council voted unanimously to support an emergency resolution calling for the release of this investigative report from the RCMP’s civilian oversight body. 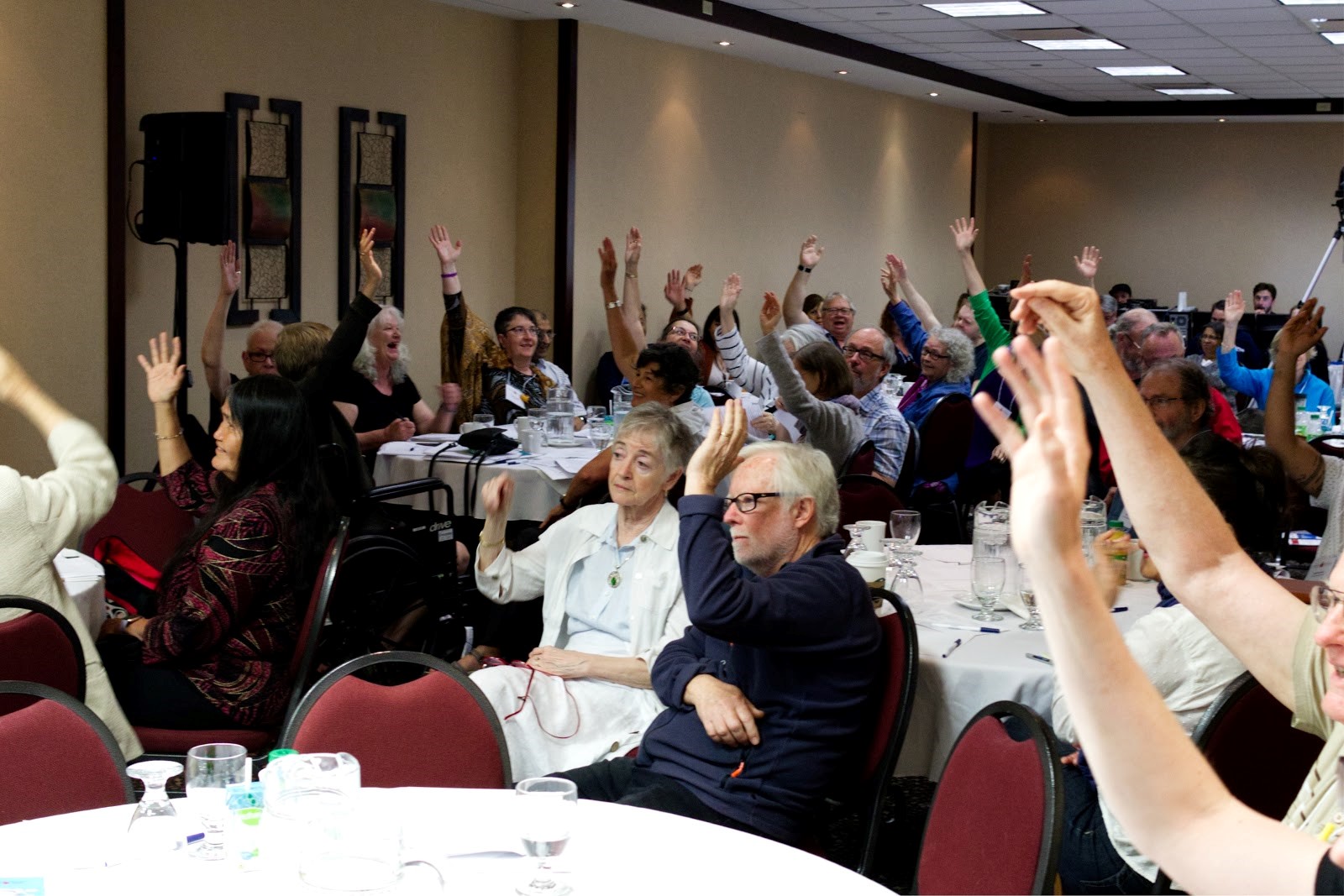 Council of Canadians vote unanimously for release of the RCMP Report

“As climate-related protests continue to grow, Canadians need to know that the police will conduct themselves with respect to our democratic rights,”  said Margo Sheppard, longtime activist from the Fredericton Council of Canadians chapter.

Ann Pohl, Kent County NB Council of Canadians member  and resident of Bass River, New Brunswick, stressed the urgency  of public release of the Civilian Commission’s report, in the context of growing opposition to fossil fuel energy projects: “The report has taken six years to produce, and will form the basis of reform regarding the RCMP’s response to civil disobedience and protest. By releasing this report now,  Minister Goodale will enable the beginning of an important dialogue with police and government about how we can protect our rights.”