When we are confronted by new evidence that contradicts what we believed was true, we experience what psychologists call “cognitive dissonance.”

Because holding two opposing thoughts in our head at the same time is uncomfortable and confusing, we try to resolve the conflict. 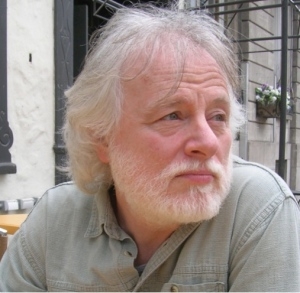 We may verify that the new evidence has merit and then change our old ideas and behaviours accordingly. This is essentially how science works.

But because we really don’t like the inconvenience or discomfort that can come with changing long-held beliefs and habits, we can instead resolve the conflict by seeking excuses to downplay the importance of the new evidence and rationalize away any need to change our ways.

We can see both methods at work in how we dealt with the emerging truth about the dangers of tobacco. We eventually changed our habits, but it took decades for us to face the truth.

In the end, the “inconvenient truth” always wins, but our desire to ignore it often costs us time and, as in the tobacco example, many lives.

We are now confronted with an issue that won’t allow us the luxury of decades to change our behaviour. Our pursuit of shale gas and continued use of fossil fuels have severe, undeniable and observable consequences.

We can stay on this course only by ignoring the evidence in three areas: public health, climate change and economics.

Physicians and public health scientists from around the world have nearly unanimously stated that the health dangers surrounding shale gas are potentially devastating.

Research has already associated many of the chemicals used in shale gas extraction with cancer, birth defects, developmental disorders, respiratory and neurological diseases, and more.

What is most worrisome is that a huge number of the chemicals used are totally untested. If you want an example of “cognitive dissonance,” first think about how our health regulations require a single pharmaceutical drug to undergo extensive testing before allowing public use.

Then consider how our energy regulations for shale gas allow people to be exposed 24/7 to dozens of untested chemicals.

If we need years of testing to ensure that one chemical is safe, how can we also believe that it’s OK to use dozens of untested chemicals? Both regulations can’t be based in reality.

Doctors and scientists resolve this dilemma by following the “precautionary principle,” which states that if a risk is potentially severe, you don’t have to wait for 100 per cent certainty before acting to minimize the risk.

That is why they are calling for a moratorium on shale gas until all the chemicals are adequately tested to ensure their safety and we understand how to minimize their harm.

This principle is part of the Canadian Environmental Protection Act.

However, government and industry use weak excuses to downplay and rationalize this health reality. They say, “most fracking chemicals are common household chemicals,” yet curiously they refuse to tell us what chemicals are used in fracking near our homes and water wells until after the fracking is done.

They reassure us with baseless statements about how “tough regulations will take care of the risks.”

Yet the study on shale gas by the Council of Canadian Academies noted that there is not enough scientific research or monitoring to say that any regulations can be called effective or scientifically based.

An even more shocking case of the government’s unresolved “cognitive dissonance” is their response to climate change.

The Intergovernmental Panel on Climate Change says we have from five to 15 years to drastically cut fossil fuel emissions or we will face catastrophe.

The U.S. president’s climate advisory council says climate change is here now and costs us billions. The International Energy Agency says that two thirds of all the fossil fuels we know exist must remain unburned.

Those who deal with the consequences of climate change, such as the World Bank, the International Monetary Fund, the insurance industry and the military and intelligence agencies of the major powers agree on the severity of the climate change threat.

Recently, the CNA Military Advisory Board (USA) listed climate change as the leading threat to national security and world peace.

One of the generals and authors said, “Speaking as a soldier…if you wait until you have 100 per cent certainty, some­thing bad is going to happen on the battlefield. The risks associated with projected climate change warrant taking action today.”

That is the military equivalent of the precautionary principle.

The risk involved is the ultimate one; will we leave a livable world for our children and grandchildren?

We can see a glimpse of the future now in the non-stop setting of new records for rain, temperature, flooding, drought, wildfires, melting polar ice and glaciers, and in our increasingly unpredictable, bizarre weather.

New Brunswick itself has experienced August temperatures in March that flooded Perth-Andover, a tornado in Grand Lake, increasing storm surges in coastal communities and recently a tropical storm in central New Brunswick. Each caused millions of dollars of damage.

Perhaps there is no better example of unresolved cognitive dissonance than Energy Minister Craig Leonard’s saying after post-tropical storm Arthur that we must prepare for more such storms, and then saying that New Brunswick’s economic future is tied to developing the very fossil fuel industries that are major drivers of climate change.

It is amazing that anyone’s brain can contain two such contradictory opinions without exploding.

But believing in shale gas requires that ability.

Despite the hoopla about how much money is being made, here are the contradictory and ignored facts about the shale gas industry.

The industry has not profited from the actual sale of gas, since 2009. The Energy Information Agency states that industry’s costs exceed the cash from operations by many billions of dollars. Expenses and dividends are met by borrowing and from the sale of company assets, not from sales of gas.

Industry debt has almost doubled over the last four years while revenue has gained just 5.6 per cent.

The largest producers have written off $35 billion in losses. Of the 97 energy exploration and production companies rated by Standard & Poor’s, 75 are below investment grade (junk status), as are 80 per cent of the 115 firms tracked by Moody’s Investors Service.

Only the fact that the current economic downturn allows them to borrow money at near zero interest rates keeps them alive.

Shale wells rapidly deplete, losing 65 per cent or more of their production in a year or two. It is estimated that 80 per cent of new production goes simply to replace losses from depletion.

So old debt must be paid off with gas from increasingly expensive and less productive new wells, since the best spots were drilled first. This creates a downward spiral of ever more debt. This is the hallmark of a classic “investment bubble,” which many analysts think will soon burst.

Alternatives to shale gas are available

In nearby Massachusetts, they have adopted a clean energy economy, which has created nearly three times the number of jobs created in Pennsylvania by shale gas, even though Massachusetts has half the population.

Retrofitting their infrastructure for energy efficiency created the majority of jobs; something we could do here today to bring our folks back from the west. Investment in renewable energy is another part of the mix.

Germany, the most successful economy in Europe, also leads the world in renewable energy, along with Denmark. These countries have fewer sun, wind and water resources than New Brunswick.

Vermont, besides investing in clean energy, has also adopted a program to simply fill more of all their state’s needs from local sources, saving millions of dollars and creating jobs. Each of these places is unique, but they share the common characteristic of facing the reality of the future.

New Brunswick could easily do likewise by intelligently developing its own assets.

As climate change devastates food producers elsewhere, we could become food self-sufficient and more with programs to build an agricultural economy.

Like Vermont, we could have added-value products from our forest instead of pulping it at discount prices.

A clean, non-destructive economy attracts those industries like hi-tech that value a healthy quality of life, and it encourages tourism.

None of these policy alternatives are possible while we direct our resources to the pursuit of fossil fuels and ignore their dangers.

Scientists, physicians and analysts are showing us the new truth.

We must resolve our “cognitive dissonance” by accepting the new world in which we are starting to live.

Only then will we prosper. Following the course we are on, because “that’s what we’ve always done,” is to head into disaster.