Many of you may remember Dr. John Cherry, the internationally recognized expert on groundwater contamination, whom NBASGA brought to New Brunswick to testify at the Commission on Hydrofracturing. His testimony was very influential, as he pointed out that no place in the world was actually monitoring what happened to methane (and other substances) that leaked from shale gas wells. Thus, regulations were meaningless, as no one knew where methane was going or what effects it was causing.

Now, Dr. Cherry and colleagues have released the first study to track methane’s voyage through an aquifer, and they conclude that: 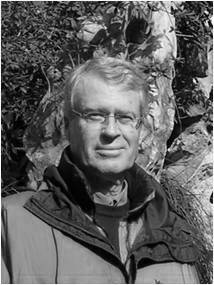 The study also found that methane leakage into groundwater can affect not only water over a large area, but “is an equivalent, if not, more significant process relative to atmospheric emissions.”

The amount of methane released in the study was much smaller than that released in actual shale gas well leaks.

Yet Dr. Cherry noted that, “The study found that very small amounts of injected methane ended up having a large impact on the aquifer — the magnitude was huge, and the methane hung around for a long time.”

In 2014, the Council of Canadian Academies report on fracking recommended proper groundwater monitoring near shale gas facilities, yet Cherry noted that, “No regulator has yet done what we recommended,” thus continuing the situation, where current monitoring “is insufficient to meaningfully detect or assess methane impacts to atmosphere and groundwater.”

The study: Mobility and persistence of methane in groundwater in a controlled-release field experiment (behind a pay wall) http://www.nature.com/ngeo/journal/v10/n4/full/ngeo2919.html

Even without this latest study, the evidence against shale gas is convincing enough that two jurisdictions that already had temporary moratoria in effect while they studied the issue, recently passed permanent bans.  In the US, the state of Maryland passed a ban, with the governour (a Republican who once promoted shale gas) stating, “Our administration has concluded that the possible environmental risks of fracking simply outweigh any potential benefits.” http://grist.org/briefly/surprise-this-republican-governor-now-wants-his-state-to-ban-fracking/

The Australian state of Victoria enacted its ban, “To ensure the clean green reputation of its agricultural sector, and to guarantee the health of rural farming communities in Victoria.” http://nofibs.com.au/community-campaign-wins-permanent-fracking-ban-in-victoria-reports-takvera/

It is quite likely that soon Scotland and Ireland will enact moratoria or bans.

New York State, which has a ban, blocked the Northern Access Project on April 7, a pipeline that would have carried fracked gas from Pennsylvania to Canada via New York.   http://www.ecowatch.com/cuomo-denies-northern-access-permit-2353618298.html

Because of falling costs, last year renewable energy broke records for new installations despite less investment, producing by far the majority of new electricity added to the grid. http://www.ecowatch.com/unep-bnef-renewable-energy-growth-2349278971.html

Wind and solar installations, in particular, keep breaking cost and supply records on an almost daily basis, and are providing many more jobs than the fossil fuel industry. (Too many references to list.)

Unfortunately, even with the amazing growth of renewables, we are not reducing carbon emissions nearly fast enough to cope with the increasing speed of climate change. A new study estimates that to meet the Paris goals:

The study: A roadmap for rapid decarbonisation  (pay wall) http://science.sciencemag.org/content/355/6331/1269

These daunting tasks must be achieved, because as ‘The Guardian’ newspaper noted as it covered three news stories, “Climate change is rapidly becoming a crisis that defies hyperbole,” with impacts “occurring faster in many parts of the world than even the most gloomy scientists predicted.”

I conclude by quoting Jim White, director of the Institute of Arctic and Alpine Research at the University of Colorado, Boulder, who said:

Get a pdf copy of this update here.