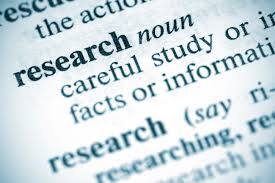 ack of baseline data:  “There is insufficient pre- and post-hydraulic fracturing data on the quality of drinking water resources. This inhibits a determination of the frequency of impacts.”

The short time frame of studies:  “It can take several years for spilled fluids to infiltrate soil and leach into ground water. Thus, it may not be immediately apparent whether a spill has reached ground water or not.”

There are more such disclaimers, and each one weakens the conclusion about how widespread the problem is. This lack of data is exactly the problem the Council of Canadian Academies noted, as have the jurisdictions that passed moratoria.

But, here is the other conclusion in the report, which is much more definite. The EPA found cases of water contamination, including in drinking water sources, in every category they examined. 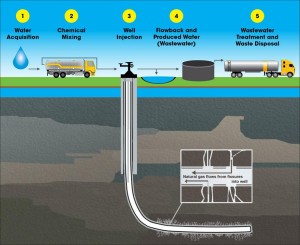 So, let us say goodbye forever to the industry myth that there has never been a documented case of water contamination.

In the section dealing with the chemical content of fracking operations the EPA could find absolutely no information on the majority of identified chemicals, but,“Of the chemicals that had values available, noted health effects include the potential for carcinogenesis, immune system effects, changes in body weight, changes in blood chemistry, pulmonary toxicity, neurotoxicity, liver and kidney toxicity, and reproductive and developmental toxicity.”

This is exactly the high-risk situation cited by public health officials and review commissions as a reason for longterm moratoria.

The EPA explicitly says its report does not address public health, air pollution, transport of chemicals, infrastructure concerns like roads, pipelines and compressor stations, earthquakes, effects on ecosystems or effects on communities. It specifically declines comment on whether any regulations are effective, and it made no comment or insinuation as to whether fracking could be done safely.

Therefore, the conclusions this report made can in no way be construed as a clean bill of health for fracking or a reason to lift the moratorium. This once highly anticipated report was too narrowed in scope after five years of political pressure and industry resistance that even forced the EPA to halt several investigations.

The only definite conclusion was the identification of cases of drinking water contamination in every category the EPA examined.

While no widespread, systemic effects were found, that conclusion was very weak. The report acknowledges it was possibly due to inadequate and poor quality data.

Dozens of chemicals were identified that had serious health implications. It found many more for which no information was available.

When real examples of water contamination are added to the ever-growing evidence of serious health issues associated with shale, the only reasonable decision is for a moratorium on the industry until we identify and study all the risks.

So, we are happy to have the Commission read this report, in the belief that they will read the entire report beyond the sensational headlines, and do the responsible thing.