Quick Links:  Download this update as pdf.  Access all our updates by visiting the Our Resources page.

“When you look at everything as a whole, it seems implausible that all this is due to natural conditions,” DiGiulio (author) said. “When you look at the compounds, it’s a virtual fingerprint of chemicals used in the field.”

The study: ‘Impact to Underground Sources of Drinking Water and Domestic Wells from Production Well Stimulation and Completion Practices in the Pavillion, Wyoming Field’: http://pubs.acs.org/doi/pdf/10.1021/acs.est.5b04970

The Study: ‘Groundwater Contamination from Fracking Changes over Time’ –  http://thetyee.ca/News/2016/05/07/Contamination-Fracking-Changes-Study/

The study: ‘Temporal variation in groundwater quality in the Permian Basin of Texas, a region of increasing unconventional oil and gas development’  – http://www.sciencedirect.com/science/article/pii/S0048969716308476 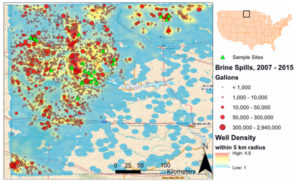 The study: ‘Brine Spills Associated with Unconventional Oil Development in North Dakota’ can be downloaded from this article explaining it: http://ecowatch.com/2016/05/09/radium-lead-fracking/ 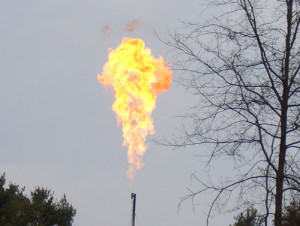 The study: ‘Potential hazards of air pollutant emissions from unconventional oil and natural gas operations on the respiratory health of children and infants’ can be downloaded (pdf) here: http://ecowatch.com/wp-content/uploads/2016/05/fracking_study.pdf

The Study: ‘A systematic evaluation of chemicals in hydraulic-fracturing fluids and wastewater for reproductive and developmental toxicity’ – http://www.nature.com/jes/journal/vaop/ncurrent/full/jes201581a.html

This illustrates the difficulties of regulating an industry whose impacts are not fully understood.  “The rapid scale of fracking has outpaced the scientific information we have on fracking,” analyst Pallavi Phartiyal of the Center for Science and Democracy at the Union of Concerned Scientists said in 2013, “and the regulatory response we have on unconventional oil and gas development.”  http://ecowatch.com/2016/05/06/fracking-bakken-ethane/

Amy Mall, senior policy analyst at the Natural Resources Defense Council, said that it all amounts to a “toxic mess” in need of a legal fixing.  “Waste from the oil and gas industry is very often toxic and should be treated that way”.   “Right now, companies can get rid of their toxic mess in any number of dangerous ways—from spraying it on icy roads, to sending it to landfills with our everyday household trash, to injecting it underground where it can endanger drinking water and trigger earthquakes. EPA must step in and protect our communities and drinking water from the carcinogens, radioactive material and other dangerous substances that go hand-in-hand with oil and gas waste.”